I haven't updated in a week, simply because I have been both IRL and EVE busy.

In Real Life, i am moving house. Despite my basement troll nature, I have a wife, no kids, and have just purchased a house. Well, 34.6% of a house. It's a big and exciting thing, but it also is very disruptive of life in general. Not that it has really overly affected my ability to slack off and play EVE for hours a day.

I don't have a formal job at the moment, just a few things I am working on with various people, in the field of opal mining and so on. This has also allowed me to skive off and play lots of EVE.

In EVE, a temporary fetish with tractor units has taken over both myself and my corporation (or at least the other most-active members). Sure, we are softcore C5 folks (no blobfleets, no 30 man gank squads, just all-round risk-taking bad-assery) who live by the cloak and die by the sword, but we get to hisec and what do we do? D-scan for Tractor. This is how we see hisec: 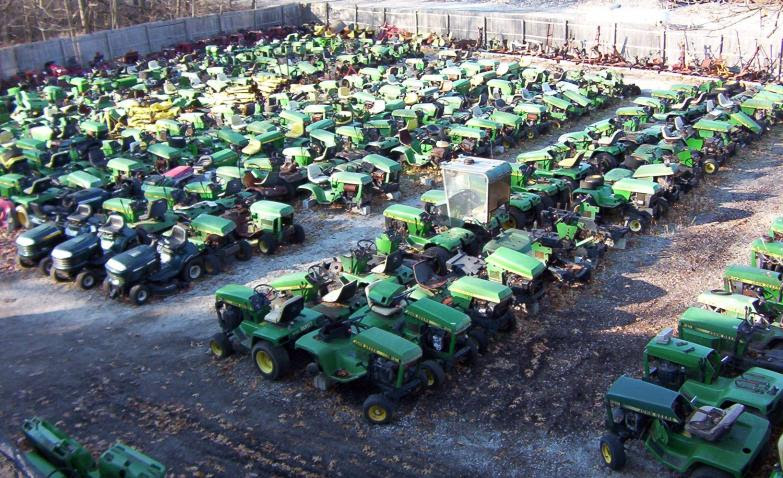 Two days ago, we went out and ganked a Mackinaw. Just because. Because we almost seem to have a Nullsec static at the moment, with the amount of inbound N432's spawning into our C5. This gives us plenty of opportunities to go scalp a battleship rat every 15-20 minutes and claw back security status, which you really may as well burn.

So we burn a Mackinaw and note an Orca and two Covetors in the belt. The Orca deploys a tractor, as one does, to scalp the wrecks in the belt (including the Mack wreck, the cheeky bugger) so when our criminal timers expire, we ship into MWD cruisers and bump him off the tractor.

Then we aggro the tractor, and because the orca and Covetors are either retarded or just have drones out and set to aggressive, we pull aggro. This results in my first Orca kill in 3 months.

All hail Tractor.
Posted by Trinkets friend at 15:10 1 comment:

The Little Tractor That Could

I must say, i am rather fond of the new Tractor Unit.

To be a good Tractor Daddy, you must shepherd and protect your tractor, lest it fall into the hands of the evil molesters who lurk, ready to pounce on its 50,000 EHP and fat, juicy belly.

Good Tractor Daddies scoop their Tractors. They do this wisely, and regularly, and may indeed dump out the meta-1 and meta-2 crap, lest they run out of room for Tractor.

Bad Tractor Daddies leave one Tractor per room, and abandon their Tractor like a lamb in long grass in the high meadow, where the wolf lieth in wait.

Don't abandon your Tractor! Keep it safe!
Posted by Trinkets friend at 15:58 No comments:

We are involved in a siege this weekend, which came about because someone found a C3 with D845 to hisec inhabited by carebears. Similar to the situation with GT Network, our man has been camping for 4 months, bringing people in to have a crack at the inhabitants in their pimped Sleipnirs and Rattlesnakes. However, the view was always towards a siege, as these people had left a Rorqual and an Archon sitting about in plain view.

We got the thing going post the Rubicon de-nerf of SMA drops, some with starry eyed enthusiasm for getting their mitts on a shiny ship or some faction loot. To be honest, it was slated for last week, but we were burned out after the eviction of GT Network, so here we are.

The tower was a long, but easy, pushover. Cruise missile batteries are pretty much useless at defending a POS against anything. I was tanking a set of 6 batteries, cycling on and off, in my Oracle with a single medium armour repairer. We even destroyed a warp scram in incapacitation, because we had the time to spare to burn through 10M EHP's.

However, the problem with sieging a corp which is "mostly AFK"and "mostly in highsec" is you don't get a fight. This has been borne out by the mass self-destruction of the ships in the POS by the two toons who appear to be in the hole. We suspect there's a few others who haven't logged on yet, but enthusiasm at camping for maybes and likely SD's is waning.

I have seen my fair share of slash and burn in the various sieges which I've been involved in. In fact, Sudden Buggery was a prolific siege instigator and content creator, which can be seen way back at the beginning of this blog. We would often see people pugnaciously declaring how much of a waste our efforts were while they were self-destructing their ships, which of course only filled up our tear-buckets. Few sieges we did even had a whiff of the looting about them. Well, aside from the one we actually made bank on.

This siege really is just confirming what I keep saying; you have to have a reason to siege, and the enemy have to have a reason and at least see an opportunity to defend themselves, for there to be any goodfights and less than 48 hours of basically wasted effort. Getting those fights, or indeed even getting the loot, is a skill which has many facets.

Target Selection
The key to getting a fight is finding people who are capable (enough), organised (enough) and have something they want to fight for. A plum C3 with hisec is attractive to some, especially if there's a few caps thrown in with the sale, and decent PI.

The problem with this siege is the AFKness and dissipation of our targets, I think. Trapping your foes out one by one is of course an objective of any siege, forcing them to stay behind and face the doomsday clock and make a last stand and a last-ditch run through to give the rescue blob a way in, only to have the door slammed in their faces.

A corp which comes pre-trapped out, which is mostly AFK? There's not much fight in them or fight left. It becomes a rationalisation exercise, stripping mods off ships, packing them in one last Orca, and logging it in a safe for a week. Then, again, the rational choice is to take the insurance payout from self-destructing, and deny the aggressor kills, glory and tears.

Doing this properly is difficult when you can swiftly be on the end of a blob of wormhole mercs like SYJ, TRECI or, basically, anyone who is bored and feckless enough not to have anything else to do with their time. If this happens, and the batphone goes out, you may as well give up IMO, unless you want a 200 a side fuckfest. When you have starry eyed notions of getting your mitts on shinies, you don't want a blobphone event.

Negotiation and Mindgames
CEO's or leaders of corps often resolve their differences via negotiation. Certainly when the alliance i was with got dealt out of Delve the scrubs were lied to about the fact we would be fighting, right up until the Alliance XO's and leaders collected their blood money and sailed off into the sunset on boats loaded with treasure, flipping the bird at the guys who contributed to the whole sham by actually being the alliance. Bitter, much? Not really.

Part of the leader's job in sieges and conquests (and in being sieged and conquered) is to accept surrender or offer it. There's been some very interesting books written on the subject by military historians, and negotiated peace is the result in the vast majority of conflicts. In EVE, this is not so much the case, because of the immortality of the avatars and indeed, the corporations and alliances which can, often, rise anew from defeat. Take Nulli Secunda, for example; kicked out of various areas multiple times and still a strong, coherent and potent force - and indeed, it is so because it has survived and not failcascaded.

In the case of w-space sieges, where eviction (for sale or occupancy by the victor), destruction (due to bad blood), or boredom (why not?) dictate the majority of cases, the maths are a bit different again.

In the case of this siege, we have invested days (and months of alt-camping) already, hours of F1AFK Oracle sieging, bubble camping and so on. The goal is perhaps confused or poorly communicated, and certainly revolves around loot pinata and not goodfights. Thus, diplomatic efforts weren't really ever going to result in a less than total eviction outcome.

However, my point is that in the case of any siege my readership may find itself in, there are a lot of things you can do to create hope, albeit falsely, and engender fighting spirit in your foes, and indeed increase your chances of loot pinata. You have to be sly, cunning and disingenuous to your foes to do it, but if you want a fight or loot, you have to use social engineering to get what you want. After all, once you've warped on grid with your logis to start the siege, you have already won the shooting war. Or at least, you ought to have.

Posted by Trinkets friend at 22:17 No comments: