Maiden Voyage? Only if it's not fucked

We were watching a guy buy and build his Avatar all day/evening long.  after some logistical setbacks caused by the loss of an Impel. 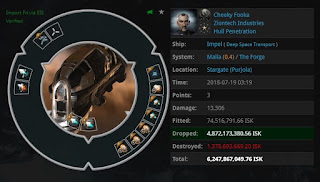 After dealing with this by downgrading from C-types to Navy EANMs (blew his budget), he finally undocked his giant space shroom/peen from the Keepstar in Maila, and sat there for about 20-25 minutes, letting the solar wind blow the cheetos dust off his giant hairy balls.

We were of course wondering where he was going, but with his hauling alt identified we hadn't quite clued in to who his cyno was.

So when he jumped to a midpoint system not on our radar, we had to scramble around to find this vital intel. We managed to get into the midpoint system and ID a few clowns as they left local, and confirmed our suspicions. We also then knew his destination; being Hull Penetration he would be heading to the Kamela area and would have to pass through 3 systems; Hedgiviter, Hrondmund of Bundindus.

We set up some alts, and marshalled the cats via a ping. We had our required tackle, DPS (lol, easily) and the hammer for the coffin nails all logged in and ornery within 10 minutes, as the cyno alt moved up the pipe and got comfy.

He used a SD cyno, so we were lucky to get a warp to zero on it when our tacklers jumped into local. But that was all we needed, so it was cyno up and bon voyage for one Avatar, coup de grace with a Doomsday. 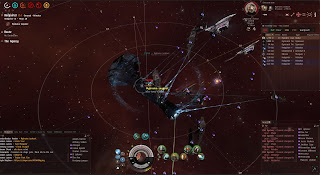 Zkill values the maiden voyage of the space vessel Donald Trump at 72 bullions of space gold. 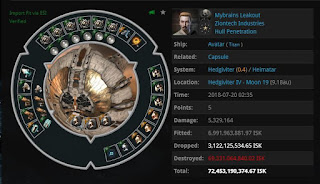 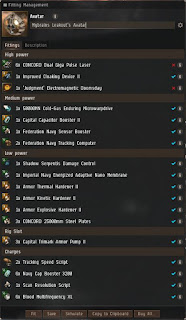 RIP. As I said to the guy, it's time for a cry-wank when you lose an Avatar on it's maiden voyage. Or as they probably don't say in German, a weinenwischen.

Then, a few hours later; 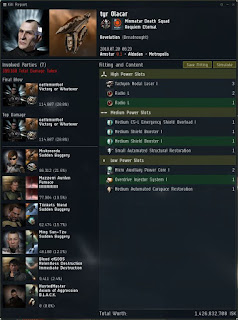 Well, that's one less piece of junk flying around EVE.